Obama: the myth or the man? 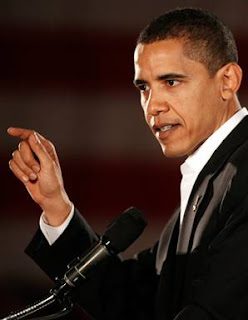 It's been four, maybe eight years since thousands of dumb ass voters went to the polls and voted for George Bush. Their reasons were simple. It had very little to do with his domestic policy -- just ask thousands of bankrupted white farmers in rural towns throughout the midwest. It had even less to do with his foreign policy -- just as the families of dead, awol, medically neglected and frustrated soilders in Iraq and Afghanistan. The real reason: his personality. He was likable. He was the type of dude you could go grab a beer with after work. Someone you could sit with and watch Cowboy quarterback Tony Romo stumble in the playoffs. Al Gore was too tired, and John Kerry walked with a stick up his ass. G.Dub, on the other hand, was the mythical "everyman" who appealed to the sensibilities of millions of folks looking for a best friend.

I'm afraid that Barack Obama is slowly, methodically and dangerously trying to paint himself in much the same way: the mythical "everyman" who you can kick it with, smoke a blunt and watch re-runs of Dave Chappelle. But he's doing it by avoiding the very subject that's undeniably at the center of his campaign: race. And while he preaches about "hope" and "change" like they're the chorus of his favorite song, all the while holding onto his "it's not about race" platform", executives of Halliburton and Blackwater are sitting back, smiling because he's playing by their rules.

During Obama's sweeping victory in South Carolina last night, the crowd chanted "race doesn't matter" while Obama smiled back. If that were really the case, then why would it be a big deal that a Black man is running -- much less a leading candidate for -- the American presidency? Plenty of folks have noted the irony in this election's color and gender blind platforms: both candidates want to downplay the role of "identity politics", yet continue to use their positions as the first formidable Black male and white woman candidates as cornerstones of their historic race to the white house. You can't have it both ways.

Don't get me wrong, I'm as much as an Obama fan as the next progressive 22-year-old. His idealism appeals to me, his poise before a crowd amazes me and he's forcing me to come out of my cloud of cynicism about American electoral politics. But if there is one major flaw in his campaign, it's precisely that he's playing into the hands of right wing extremists. He (and Hilary for that matter) are too busy answering the question of "Is this campaign about race and gender?" Wrong question. That's like walking into a refugee camp and asking "Do you need food and shelter?" You can't live in an American society with a history of over 300 years of race-based chattel slavery, in the aftermath of Katrina, and just days removed from the anniversary of Roe v. Wade and think we're not still battling racism and sexism on the daily. Just because a Black man and a white woman are running for the most powerful office in the world, we're not suddenly the most progressive nation in the world -- hell, if that were the case, Condeleeza Rice would be a godsend.

So why is it so dangerous that Obama is running on his colorblind platform? Well, aside from the fact that it's utterly ridiculous, he's helping to paint himself as the iconic "every man" who's transcended racism and become our most powerful success story. He doesn't want people to vote for him because he's the first formidable Black candidate ever to seek office. Understandable. But by playing into the hype of "this campaign isn't about race", he's backing himself into a dangerous either/or corner. We've already seen it happen: he gets endorsed by Oprah, sweeps the South Carolina electorate, and is accused of running on a Black platform. Maybe those sorts of accusations are unavoidable, but he needs to change the terms of the debate. Of course this campaign is about race. South Carolina is a prime example of the history of Black voting and Obama's success is evidence to the cynicism of Black voters in the past because of white terrorist violence and disasterous federal politics following the Civil Rights Era.

Obama needs to use race as the cornerstone of his campaign. Just as he's used growing up in Hawaii and Indonesia as examples of how his political framework in foreign policy has been informed by his personal history, he needs to use his experience as a Black man in America as evidence of how he can better address our country's social fissures like the privatization of the New Orleans public school system, jobs, the economy, the warehousing of youth of color in the prison industrial complex and the drastic decline in spending on public education, violence in cities, the Iraq War....and the list goes on. Right now, he's backing himself into a corner where he's afraid to talk about race and becoming more of a myth than a man.
Posted by Jamilah at 7:55 AM