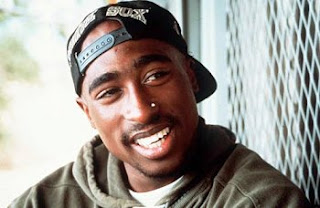 After last week's sensational LA Times story in which veteran journalist Chuck Phillips implicated P.Diddy's comrades in the 1994 attempted murder of 2pac (which then led to a bi-coastal beef that had me and all my 11-year-old middle school homies holding up boney-fingered "W's" like we owned shit), people were floored.

Now, another shock: it was a fake.

Turns out the confidential informat used in the story is a seasoned con man who's been trying for years to wedge himself into some good ole' fashioned hip hop beef.

According to The Smoking Gun:

The con man, James Sabatino, 31, has long sought to insinuate himself, after the fact, in a series of important hip-hop events, from Shakur's shooting to the murder of the Notorious B.I.G. In fact, however, Sabatino was little more than a rap devotee, a wildly impulsive, overweight white kid from Florida whose own father once described him in a letter to a federal judge as "a disturbed young man who needed attention like a drug."

I've already made some noise about it, but the homie at ill doctrine had some especially harsh -- and pogniant --words: