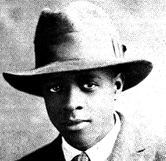 I'm still smitten with the Harlem Reniassaince. Dug Wallace Thurman's "The Blacker the Berry" from my moms library and have been surprisingly engrained in it for the past two days.

Thurman's writing doesn't grab me. Not like Langston's, or Bruce's. His prose is too formal -- the kind of writing that makes you more aware that the writer is trying hard to sound smart instead of letting the characters come to them. It's the kind of writing that's unashamed of its agenda. But for some reason, I can't put this book down.

For me, Wallace Thurman has always been an intriguing character of the Harlem Renaissance for me. For one, he doesn't stand out too much. He as the book agent who attracted some of the New Negro Movement's most iconic figures to Harlem: Langston Hughes, Jessie Fauset, to name a couple. Whereas Langston Hughes may have been the soul, Wallace Thurman was a sort of master orchestrator, the main editorial impetus behind the publication of Fire! and engrossed in a predictably complicated relationship with white money man Carl Van Vecten.

After all that, he ultimately ended up alienated from most of his friends, cut off from Harlem's literary pulse, and dead of alcohol poising by age 34.

There's a scene in the film Brother to Brother that I think captures perfectly Thurman's tortured identity as a writer. In the film, Langston Hughes is irate, pointing out to Richard Bruce Nugent where Wallace had allegedly ripped off chapters of an unpublished manuscript. In Thurman's defense, Nugent basically says, "So What?" Then points to a place in the prose where he suspects Wallace subconsciously let out his insecurities, saying he feared he'd never be more than a "medicore journalist."

For me, it brings up intriguring questions. For lots of writers these days, who usually have to do without fancy arts endowments and, if they're lucky, actually do get jobs as journalists, what price does art play? For instance, I'm great at meeting deadlines. But when it comes to the actual mental and creative energy it takes to come up with a work of fiction, or poetry, I'm often stumped. It's easy to fool yourself into thinking that writing as a job can suffice for the writing you really wanna do.

How much did that figure into Thurman's demise? Into his work?

Aside from the obvious comparisons, Thurman still catches my eye. For one, he was raised in the West, went to USC, and undoubtedly draws on that complicated racial experience in his work. In the book I'm reading now, Thurman uses the Black communities in Boise, Idaho and Los Angeles as the backdrop for the main characters ultimate escape to Harlem. To me, that's fascinating. He veers away from the predictable Negro-from-the-South narrative and comments almost exclusively on how racism has shaped Black Amerca's relationship with itself.

I can feel that. In fact, I think it's a much more apt representation of race for today's racial landscape than the majority of the up-from-slavery narratives of lots of Harlem Renaissance literature.
Posted by Jamilah at 3:20 PM 1 comment: 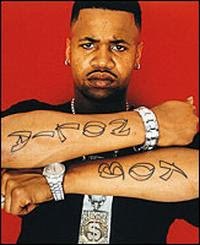 Does anyone remember Juvenile?

Well, he's back in the news with two new singles, and some words on the gentrification of his hometown, New Orleans:

If you g go through the ghettos of New Orleans and you ride around, you'll see stuff being rebuilt. You'll see houses but the problem is who's moving in them. The people who actually lived in those areas are not getting the opportunity to move back in them. So that's why I say it's still messed up in a sense. Not by the naked eye it probably won't look like that but it is still messed up.

Read more here.
Posted by Jamilah at 11:08 AM No comments: 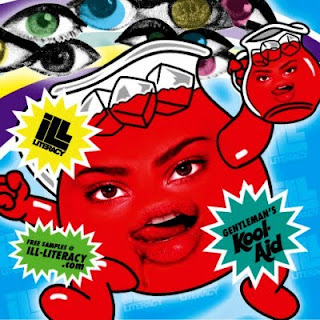 Check out the first track off iLL-Literacy's iB4the1! Download here.
Posted by Jamilah at 8:58 PM No comments: